Host, Walter Noons, is joined by DLC’s new Executive Director, Marlene Sallo. Marlene talks about her background, what brought her to DLC, and her vision for the organization. 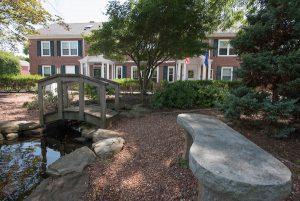 Meadowridge is a private, residential special education school, which is a part of the Justice Resource Institute (JRI) network, and approved by the Massachusetts Department of Elementary and Secondary Education. Meadowridge serves as a placement for up to 36 students with significant mental health issues, behavioral difficulties and complex trauma histories.

During the winter of 2016, DLC received complaints regarding the treatment of students at Meadowridge. As part of its investigation, DLC reviewed records from Meadowridge, multiple state oversight agencies and local police. DLC also interviewed families, conducted two site visits and interviewed the Director of Meadowridge and JRI staff.

DLC’s investigation substantiated abuse and neglect against students with disabilities from 2014 through 2016. Specifically, in 2015, one residential supervisor abused a 17-year old student by engaging in a sexual relationship with her. Additionally, from January 2014 to October 2016, DLC found several staff members engaged in sexually inappropriate behavior with students. All employees involved in any misconduct were terminated or resigned. DLC also found Meadowridge neglected students by failing to provide a safe environment (e.g. 142 police incidents at Meadowridge from 2014-2016, including peer-on-peer assaults and runaways).

These changes have decreased runaways dramatically and eliminated staff boundary violations at Meadowridge. Due to the proactive and broad nature of Meadowridge’s remediation, DLC does not seek any additional remedies, but will continue to monitor the school for compliance.

“The misconduct at Meadowridge was egregious” says Marlene Sallo, DLC’s Executive Director. “However, we commend Meadowridge for assessing every aspect of their operation and engaging in thoughtful and effective corrective action at every level.”

From a wheelchair, Lowell man’s a force for accessibility

But it will never have enough resources to ensure that every public and private facility is in compliance, said Stan Eichner, director of litigation for the Disability Law Center. “It’s one of the reasons that private lawsuits have been necessary to get people’s attention — because there’s no agency that’s …

The Commonwealth developed its first Olmstead Plan in 2008 and has recently been in the process of tracking its progress and developing an updated plan – the Draft Massachusetts Olmstead Plan 2018.

The committee which is currently drafting the Commonwealth’s new Olmstead Plan, has provided a deadline of next Friday, April 13, 2018 for comments.

Here at DLC, we have been providing comments during the process. Attached you can find our latest memo outlining our concerns on all issues.

If you would like to see much needed change in these areas as well, I encourage you to review the draft plan and submit comments by next week’s deadline of April 13, 2018. Additionally, if you can send this information to any of your contacts who might share our concerns, please feel free to do so.

Below are the links to where you can find the Draft Plan as well as the questions for comment.