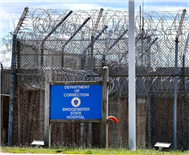 Pursuant to its legislative charge to monitor the efficacy of service delivery reforms at Bridgewater State Hospital (“BSH”), the Disability Law Center (“DLC”) issued its six-month report summarizing its findings from its monitoring efforts there July 1, 2018 through December 31, 2018. Although there continues to be real positive change at BSH, virtually all forward progress must surmount difficult physical conditions caused by a deteriorating 45-year-old building that does not support or facilitate good mental treatment for men deemed to need “strict security.” Nearly constant day-to-day deficiencies in the physical environment affect almost every aspect of the BSH infrastructure, including the heating, cooling, plumbing and electrical systems, rendering it inappropriate to fully and appropriately treat the men at this facility.

Key problems with the physical environment at BSH include:

Marlene Sallo, the Executive Director of DLC, stated, “the time is long past when Massachusetts can continue to tolerate such horrendous conditions.  We are only one heat wave or one mold explosion away from serious harm or death to a person served at Bridgewater State Hospital. These conditions call for decisive and effective action to be taken now.”

As it has done in every one of its reports, DLC continues to implore the Commonwealth to put DMH in charge of the facility.  Historically that agency has resisted doing so as long as BSH remains at this antiquated facility. The Commonwealth needs to construct a modern facility that can effectively provide humane and appropriate treatment to this extremely needy population. DLC urges state government to proceed with addressing this long overdue unaddressed need under the auspices of the Department of Mental Health.